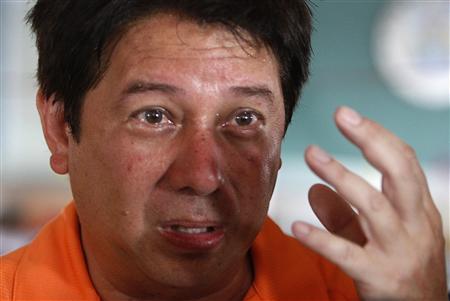 * This came from a report that has been circulating in the internet and is said to be verifiable on the ground in Tacloban. We have verified that this is an authentic report from Atty. Alex Avisado and we feel it is important that the National Government comply with Mayor Romualdez’ requests for assistance and disregard all useless bureacratic procedures during this emergency period to meet the needs of the victims of Typhoon Yolanda (aka “Haiyan”). We are copying it here to aid in spreading it around and have endeavored to make the terminology much more accessible to non-Filipinos by providing the meanings of the acronyms and using more neutral English as opposed to English used within a purely Filipino context. This report also reflects the situation on Tuesday/Wednesday (12 and 13 of November)

1. After Typhoon Yolanda struck, the Mayor of Tacloban requested the NDRRMC (National Disaster Risk Reduction and Management Council) to make a “RESPONSE OVERKILL” on the rescue and relief operations. Unfortunately, the response from the National Government was very cold and half hearted.

2. On Day 2 of Typhoon Yolanda aftermath, the Mayor requested the NDRRMC to deploy 2 Marine Battalions to help immediately establish peace and order and rescue/relief operations. Unfortunately, this plea for help was unheeded by the National Government.

3. After almost a week, the National Government sent only Bureau of Fire Protection and MMDA (Metro Manila Development Authority) personnel. The Mayor requested for Philippine National Police reinforcement since only around 25 policemen were left for duty out of 280 plus police force. Unfortunately, this plea for help was again unheeded.

4. The Mayor again requested the National Government for trucks and transportation since they got even the remaining patrol cars but this plea was again unheeded.

6. All relief goods arriving at the airport and seaport are now being controlled by the National Government.

7. To add insult to injury, the Department of Interior and Local Government Secretary (Mar Roxas) wants the Mayor of Tacloban (Alfred Romualdez) to write a formal letter to Philippine President Noynoy Aquino supposedly to inform him that he could no longer function as Mayor, thereby surrendering authority to the DILG Secretary (Mar Roxas).

8. He wants the letter soon so that President Noynoy Aquino can make the announcement and perhaps justify the government’s slow and stupid response to this disaster and lay the blame on the Mayor of Tacloban, Alfred Romualdez.

9. The International Community is fully aware of the deplorable conditions in Tacloban but the National Government is still in denial.

Comment: Thanks to the Presidential System, the Philippines has ended up with an incompetent “President” in the person of Noynoy Aquino. It seems that he has been getting Mar Roxas to do the dirty work of demolishing the Romualdez family as they come from an opposition party and are relatives of the former first lady (of 3,000 shoes fame) Imelda Romualdez Marcos who are the arch enemy of the Aquino family.

If we had a Parliamentary System, we would not have ended up with such a sub-standard leader such as Noynoy Aquino who prefers to play politics during an emergency and instead would have more likely ended up having competent leaders such as Richard Gordon (currently the Chairman of the Philippine National Red Cross) of even other action-oriented types like Gibo Teodoro (who has since quit politics).

Let us not forget that this is not the first emergency crisis that Noynoy Aquino bungled due to lack of leadership ability and concern for people’s lives. Remember the Luneta Bus Hostage Crisis in which many Hong Kong tourists lost their lives over an easy-to-resolve issue? All he needed to do was to step in and assign a high level national government person to handle it. Noynoy didn’t do anything. People died and the Philippines has a damaged relationship with Hong Kong and China.