Commandments Are Not Enough 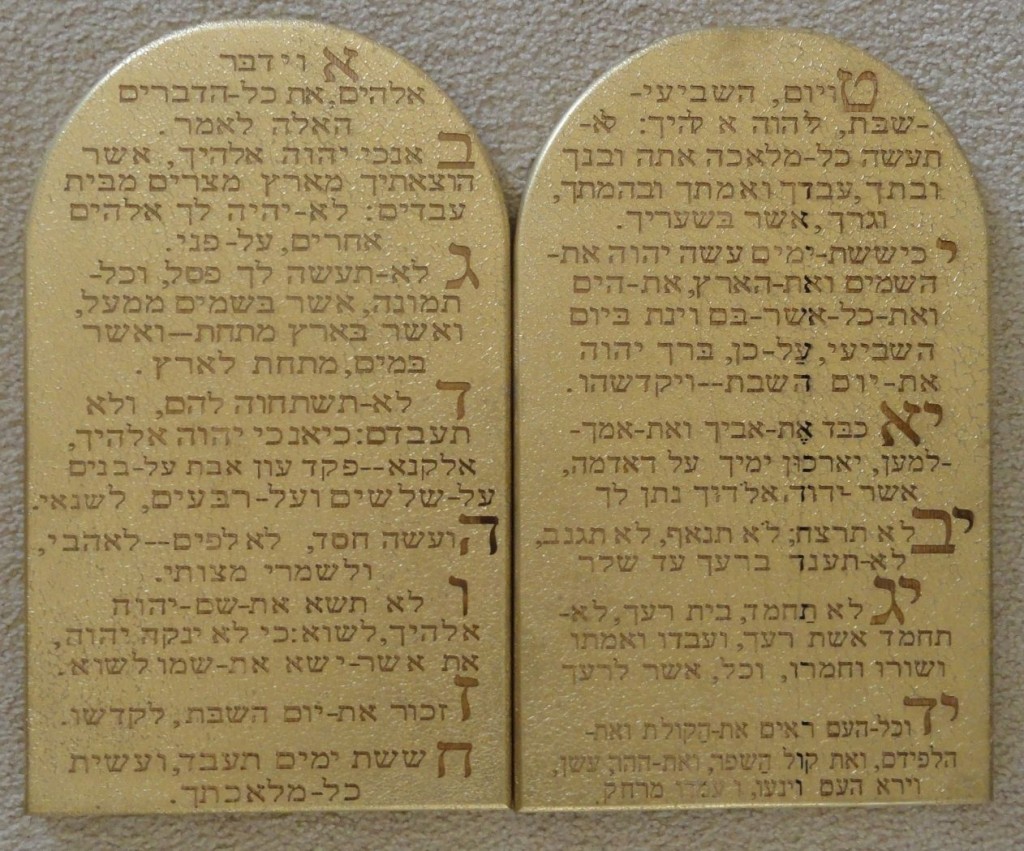 By the way, Pork is forbidden in the Old Testament.

There has been some debate among Filipino netizens about what is more important when it comes to fixing the problems of the Philippines. Much of it has been centered on the flawed culture in the Philippines and the need to fix this flawed culture. Some netizens have argued that we need to fix the culture first before fixing the Constitution. Others argue that it is the other way around. So which is it?

The following article explains that culture is built up around systems, and so in order to change the culture it is necessary to change the system first:

“Chicken or the Egg: Culture Change or System Change?“

Essentially, it is all about dealing with root causes. To more efficiently and more permanently fix a problem, one must go to the root cause of the problem, rather than just dealing with symptoms.

Think about the 10 Commandments of the Bible. Sure, it is definitely a good moral code to go by. However, it is not enough just to advise people to not steal. Humans are fallible creatures prone to temptations. All humans have this tendency. Some religious traditions even have concepts to explain this: The Jews have the concept of the Yetzer Hara (The Evil Inclination) that is the source of how people can sometimes be harmful (albeit it is also tied in with the human survival instinct), and Christianity has Original Sin.

When it comes to one of the biggest moral flaws of Philippine society, corruption, it turns out that it is actually an intermediate effect of even deeper systemic root causes. It’s to say that corruption is somewhere in between a symptom and a root cause. Corruption causes other bad things, yes, but something deeper causes corruption to occur and/or exacerbates it.

The truth is that the tendency towards corruption is present in each and every person. It manifests itself as an effect of the human survival instinct which, when unregulated, can mean that one tries to survive at the expense of others. It manifests itself as laziness and the tendency of human beings to want to go with the path of least resistance: i.e., to get something for nothing.

Like I said, all humans have this tendency. Call it Yetzer Hara, Original Sin, Temptations, etc.

What we can do, however, is to come up with systems that will minimize the tendency for such traits to emerge. For instance, when people are needy and desperate, there is often a greater chance that they will resort to corruption in “finding the shortest path to ensure their survival” even if this harms others or goes against the rules or standards of society.

As such, a society where people are at least able to meet their most basic needs comfortably can minimize corruption greatly. If we have an economic system that does not provide enough economic opportunities for people to live comfortably, expect higher incidences of corruption to emerge. Then there’s the fact that if you have “more eyes watching”, it causes people to be more likely to avoid being corrupt.

It’s not enough to say, “get rid of corruption” or “thou shall not steal” because the question is: How?!?! Sometimes, even if you try to get rid of corruption without addressing the root causes of why some people risk getting caught while doing corrupt acts in the hope of personal gain, you’ll find that the corruption doesn’t really go down.

It’s like trying to swat flies over and over again, but new flies keep emerging. It’s necessary, thus, to look at the systemic root causes for why there are lots of flies in your area, and often, you’ll realize that it’s the preponderance of uncollected garbage that becomes the breeding ground for maggots and flies. No amount of swatting the flies over and over again does anything because new flies emerge to replace the ones who were downed.

The emergence of corruption is not the root cause… It is the effect or symptom of something else. And that often – at the very core – is poverty and the lack of opportunities. People who have mounting bills to pay because they earn so little or probably don’t have jobs themselves may end up seeing an opportunity to “cheat the system” as being advantageous to them or helpful to their survival. Had they not had to worry about that, they then wouldn’t have resorted to corruption.

We need to look at root causes. In the end, our system in the Philippines is conducive to keeping people poor, and poverty makes corruption come out in full force.

If we CoRRECTed the system so that we have a system that creates more economic opportunities, more prosperity, more chances for people to live decent lives, then there’ll be less tendency for corruption to emerge.

Now where do poverty and lack of opportunities stem from? They generally stem from the economic system and how things work as far as the economy goes. Countries that stifle business and economic activity tend to shoo businesses and entrepreneurs/investors away. Countries that allow free business to happen and allow foreign companies to easily set up shop and create jobs for the local population tend to have better job creation and less poverty as a result.

I also have to mention the case of having “more eyes watching.” Well, that’s why parliamentary systems also tend to be less prone to corruption than presidential systems. Because the way parliamentary systems work involves the opposition sending in representatives to the ministerial meetings of the government so that there is always a witness from the opposition present to watch over ministry meetings. While the majority has a government cabinet led by a prime minister, the minority has an opposition shadow cabinet led by the leader of the opposition. Each minister of the government has a corresponding “shadow minister from the opposition” watching over him and attending the meetings of the minister in his ministry. The Minister of Defense, when conducting meetings for the Ministry of Defense has the Shadow Minister of Defense from the Opposition attending and looking at the proceedings and noting all the decisions.

In the end, in order for corruption to actually get lessened, you cannot just ask people to not be corrupt. You cannot just command them not to steal. You must set up systems that prevent the corrupt-tendencies present in all people from emerging and to suppress people being corrupt with systems where “many are watching over.”

CoRRECT™ is really all about systemic change, not just surface changes. System change hits at the root causes of problems. That’s how we fix things in the long term. That’s how we CoRRECT™ the Philippines – by CoRRECTing the flawed system enshrined in the 1987 Constitution of the Philippines.

Half Danish half Filipino. Born and raised in Southeast Asia - mostly the Philippines. Has been living in Denmark since the age of 18.