The Parliamentary System: Would it produce better leaders? 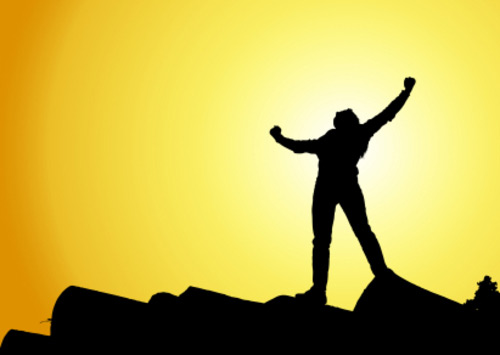 So to me, the prospect of Constitutional Reform is attractive primarily on the chance to reform the way we elect our leaders. It is for this reason that I am closely looking at the Parliamentary System for which, at this point, I still have not encountered any solid argument against. But the main question is: How was I able to say that we could have right (or at least better) leaders under a Parliamentary System?

Under our present system therefore, a person who would like to be President would need to campaign in every corner of the country. He will need to visit all districts or at least have his posters all around everywhere. He will need to have advertisements in all possible mass media outlets, TV, radio, print and the internet. He will need to build his machinery, those who would campaign for him everywhere and those who would guard his votes. In short, he needs several billions of Pesos that he either has (he’s filthy rich, eg. Villar) or given to him (someone else controls him, eg. you-know-who). But Billions of pesos would not necessarily assure him of winning (eg. Villar again). He also needs mass media supporting him widely (translation, he needs Billions more or the prospects for mass media of Billions more).

Now if I am really a good person with good leadership and good policies in mind, suffice it to say that under the present system I wouldn’t be President. No, not in 6 years, not in 12, not in my lifetime.

In order to answer this second set of questions, we need to review further how the system works. In the present system, once budget is approved (and there will be budget whether congress likes it or not), the President holds the pot (the money). That is why the President holds more power than congress and the latter tends to follow wherever the former goes. Meanwhile, in a parliamentary system, it is parliament who holds the pot. To be more precise, it is the majority of people in parliament who holds the pot.

This means if a would-be PM plans to buy off the majority of his colleagues to make him their leader, he needs to have a bigger pot than what the parliament already has. By the way, the pot we are talking about here is in the Trillions, the entire Philippine budget plus more. So I am sure whoever has trillions can indeed become prime minister, that is until the next budget where he needs to spend another set of trillions more. So, I really doubt anyone would spend trillions to become PM. And that is where the opportunity for talent comes in. It is obvious that, in a Parliamentary System, a person with real talent has good if not better chances of winning than one who relies only on money.

So if I am a really talented person, I can say that I have better chances of being prime minister in a Parliamentary than in our present system. But of course, I cannot really be sure. I am saying I have talents, but that is according to myself. There could actually be more people more talented than I am, perhaps an older person who has more experience politically, perhaps a richer dude who has more business background and who knows finance better than I do, perhaps a better speaker who easily convinces more people than I can, or perhaps a party leader who started earlier than I did. You see, people with various talents would be encouraged by the system that more and more people who are better than I am could be competing. But if I am really good, that wouldn’t stop me from trying, nor would it stop me from learning and eventually be like or be even better than the best of my colleagues, and perhaps in the end be PM.

Hey, don’t get me wrong. I do not plan nor want to be Prime Minister. The search for leaders is my first agenda, and I think the parliamentary system given the above considerations simply and naturally produces better leaders than our present system, which consistently shows enough proof of producing mediocre ones.

This article was originally written by Arnel B. Endrinal in one of his blogs, “The Pinoy Solutions.”