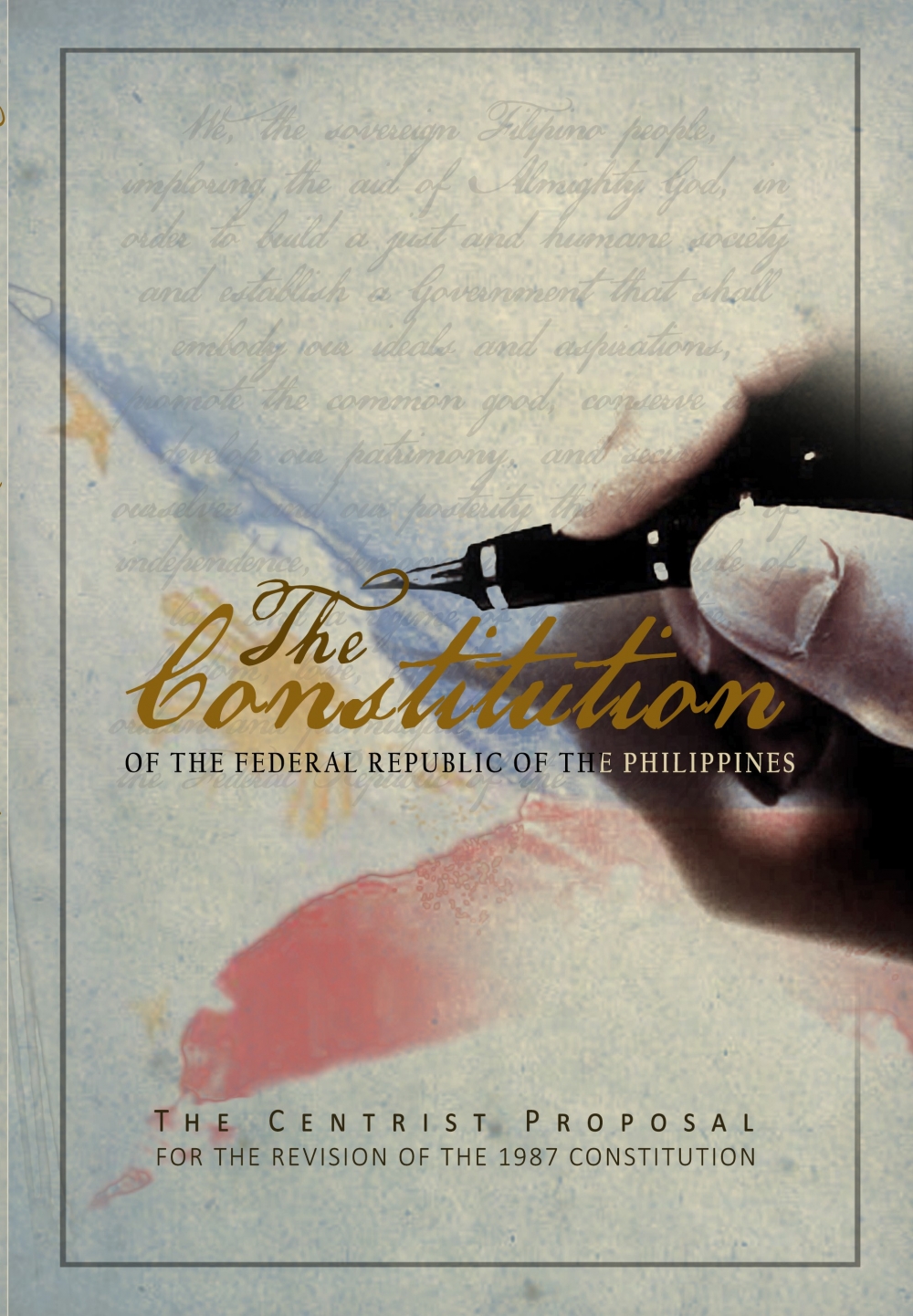 The Centrist proposals
The Centrist proposals (CDPI, CDP, Lakas, 2004 ConCom and CDA) calls for a shift to a parliamentary-federal system, with a unicameral body, with the president as head of state and a prime minister as head of government, both elected from among the members of parliament.
The parliament is constituted first and oversees the creation of autonomous territories toward the establishment of federal states.
Shift to the Parliamentary Form of Government
1st stage: now up to February/May 2019 plebiscite and mid-term elections
A. Constituent Assembly will start revising the 1987 Constitution targeting February/May 2019 plebiscite coinciding with mid-term elections
B. Officials elected mid-term will only hold office until first parliamentary elections in May 2020 (one-year term). Transitory provisions in the new constitution will provide for this.
2nd stage: May 2020-2025
A. First unicameral parliamentary elections under the new federal constitution with five-year term.
B. Incumbent DU30 shall continue his dual role as head of state and head of government (prime minister)
3rd stage: May 2022 (DU30’s term ends under the 1987 Constitution)
A. By May 2022, DU30 steps down as head of state and a new president is elected by parliament to serve his remaining term, or
B. DU30 ends his term by 2025 (provided for in the transitory provisions)
4th stage: May 2025-2030
A. 2nd regular parliamentary elections with five-year term. By 2030, we have new president and new prime minister, both elected by the unicameral parliament.
Creation of autonomous territories
1st stage: February/May 2019 plebiscite and mid-term elections
A. Upon ratification of new constitution, a body/commission is created to oversee negotiations, setting parameters for creation of autonomous territories.
B. The Bangsamoro will be constituted ahead based on BBL enacted by Congress previous to the plebiscite.
C. Parliament can enact under the new constitutions the Organic Act of the Bangsamoro and other autonomous territories that are advanced in their negotiations and agreements.
2nd stage: May 2020-2025
A. Parliament shall guide and allow evolution of the provinces and highly urbanized cities from what they are today into autonomous territories (eventually a federal state) based on several criteria (details in the booklet).
B. Results of these negotiations shall be incorporated in an organic law by parliament within a year of a petition to be subsequently approved by the constituents of the newly formed autonomous territory in a referendum.
C. Some provinces and cities will be ahead of the pack and some will be laggards therefore the development of a federal republic will not be uniform.
D. If 60 percent of the autonomous territories are established with their organic acts, then the Federal Republic of the Philippines is created. By our reckoning, this will happen between 2025 and 2028.
This roadmap to federalism is thus designed to mitigate the shock to the body politic arising from the purging of traditional political practices, first, through the immediate passage of reform laws, now pending in Congress. Furthermore, the critical process of transition to a parliamentary-federal republic has to be in place in the revised constitution so the assurance of its continuity is safeguarded by the constitution itself even beyond the term of the current president.
Written by: Orion