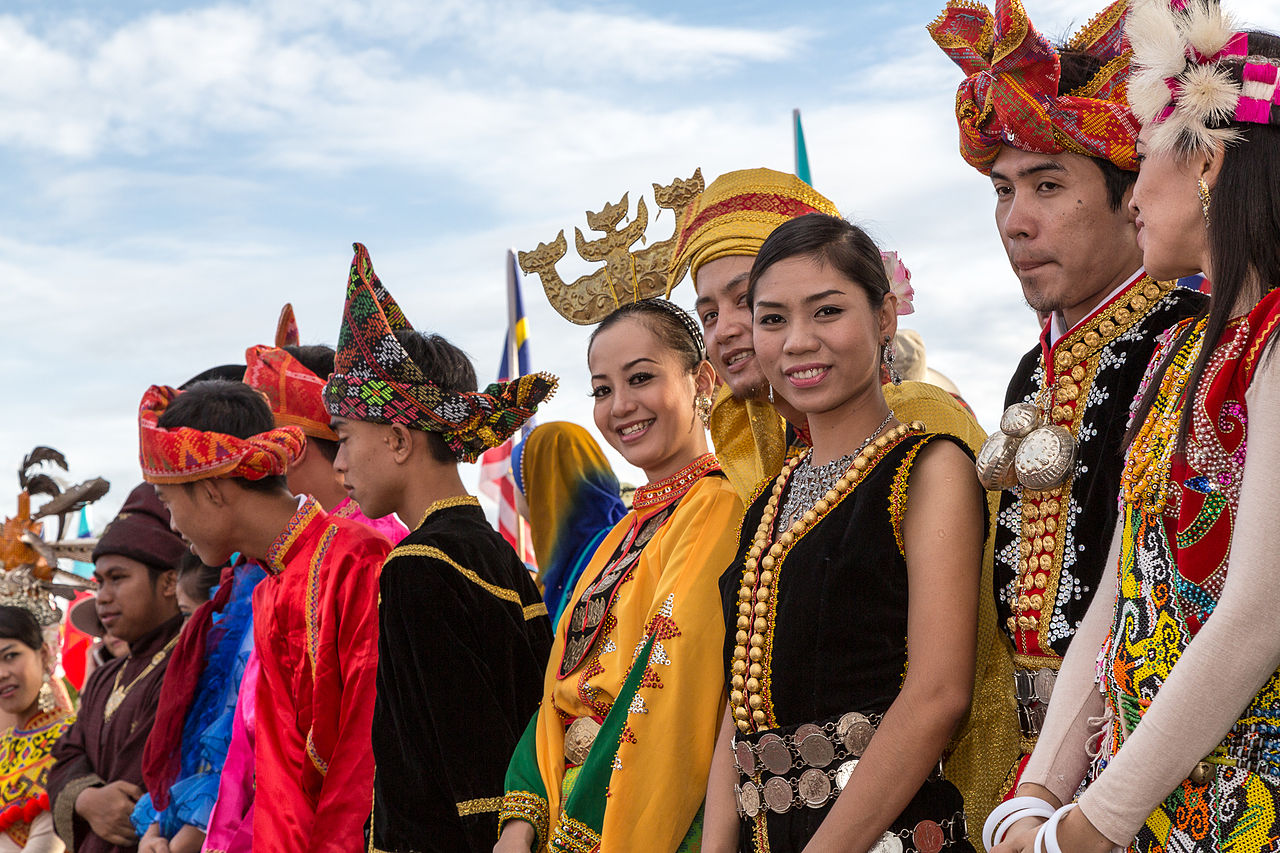 It’s about time the Philippines and all Filipinos started thinking straight regarding the Sabah issue and understanding that the most important part of the Sabah issue is what the People of Sabah themselves think and feel.

Let’s ask ourselves the question: Do Sabahans even want Sabah to become a part of the Philippines?

The answer is an obvious NO. 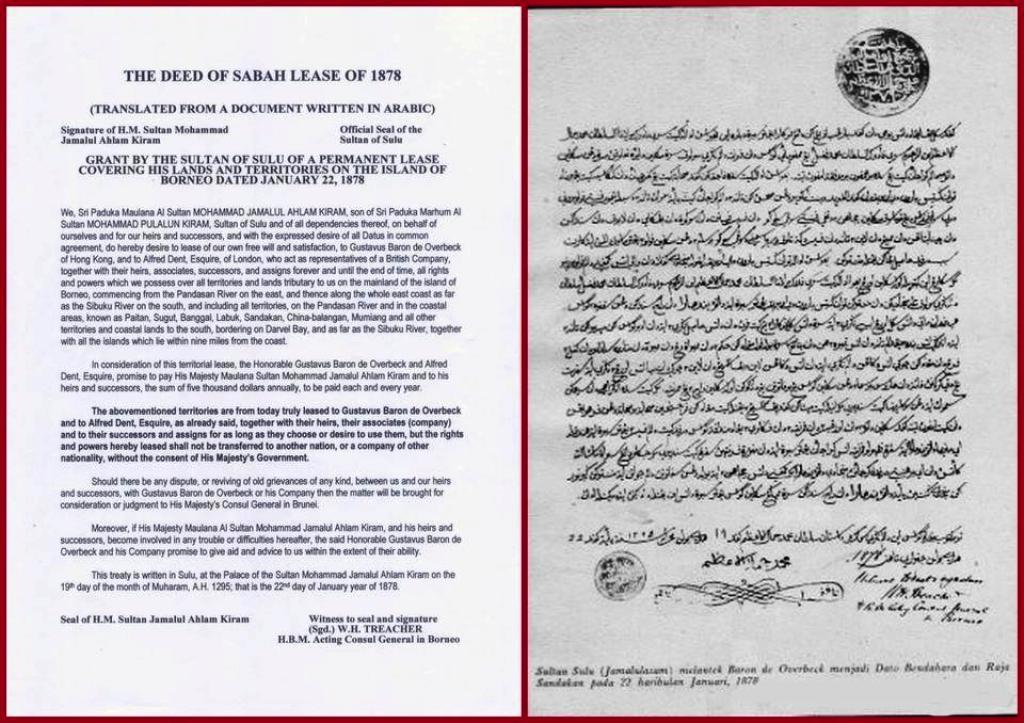 No amount of “law-fare” is going to work here. Old documents and ancient texts cannot supersede the fact that Sabah, along with Sarawak and Singapore, decided to form a Federation in 1963 together with the states of mainland Peninsular Malaya & Penang who had earlier merged together into the Malayan Federation in 1957. In fact, that the Sabahans themselves approved of this decision to become a part of the newly-formed Federation of Malaysia is upheld by the Cobbold Commission that was set up by the British to determine whether the people of Sabah and Sarawak supported the proposal to join in with Peninsular Malaya & Singapore to create what is now known as Malaysia. And if “law-fare” can’t do it, warfare obviously won’t get anywhere as Malaysia is actually better-equipped militarily and has greater financial resources at their disposal than the Philippines.

Besides, based on the Cobbold Report, the Sabahans had already exercised their right to self-determination in deciding that they wanted to become a part of Malaysia.

So what real claim does the Philippines have?

Now if the Philippines (and the Sultanate of Sulu) still insist on claiming the northeastern part of Sabah or worse, the whole of Sabah, the only realistic way to bring that claim closer to reality is for the Philippines to have to convince all of the people of Sabah, not just the “Suluks” (the Malaysian Tausugs who descend from Tausugs from Sulu in the Philippines who settled in Sabah long, long ago), that leaving Malaysia and joining the Philippines is more advantageous to them.

At this point in our history, it’s extremely difficult to convince the Sabahans to allow Sabah to become a part of the Philippines because as Malaysian passport holders, Sabahans can visit many more countries than Filipino citizens can.

Malaysia also has a much better set of economic fundamentals which explains why there are so many more Filipinos working in Malaysia than there are Malaysians working in the Philippines.

It certainly does not help that the Philippines is a centralized unitary state that does not recognize the kind of autonomy that Sabah and Sarawak are granted by Malaysia’s Federalism. 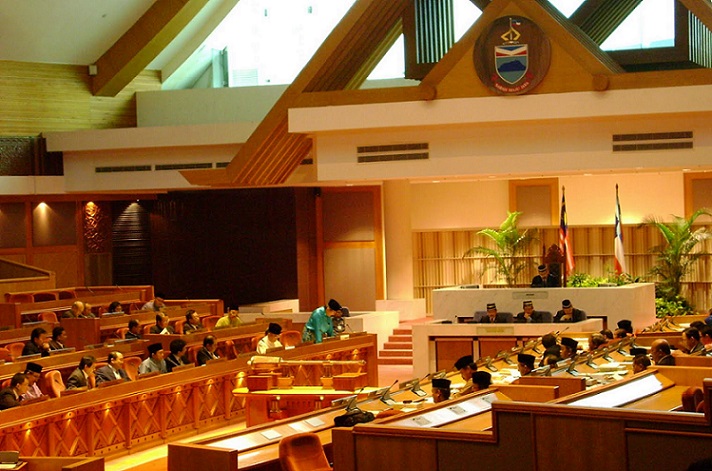 The Sabah State Assembly is a Parliamentary System

While it is true that the Sabahans (and Sarawakians) have some gripes about the revenue-sharing of resources (particularly oil) with Malaysia’s Federal Government, it is doubtful that the Sabahans will even consider becoming part of the Philippines while we continue to be considered economically inferior to Malaysia, and with a lousy unitary-presidential structure that will not afford them the right kind of autonomy that they currently enjoy as a federated state within Malaysia.

Again, their current arrangement is not ideal under Malaysia, but can the Philippines offer them something better? Not by a long shot.

The Philippines ought to first work on getting its act together by chucking out the worst systems that we have allowed to worsen and metastasize, and these are in three different aspects:

(1) Economic Paradigm – we are closed to investors due to our 60/40 clauses which is why our unemployment rate is so high which has forced so many Filipinos (including undocumented ones) to work in Sabah), and they consider us to be an inferior country.

(2) Territorial Administration – we are unitary and extremely centralized around Metro Manila, and therefore cannot grant them the autonomy they require if they are to become part of us. They see themselves in a worse off position if they joined our country

(3) Form of Government – we have a lousy presidential system, and they are well aware of the superiority of the parliamentary system which they currently enjoy. They already prefer what they have, so they won’t even consider joining the Philippines. 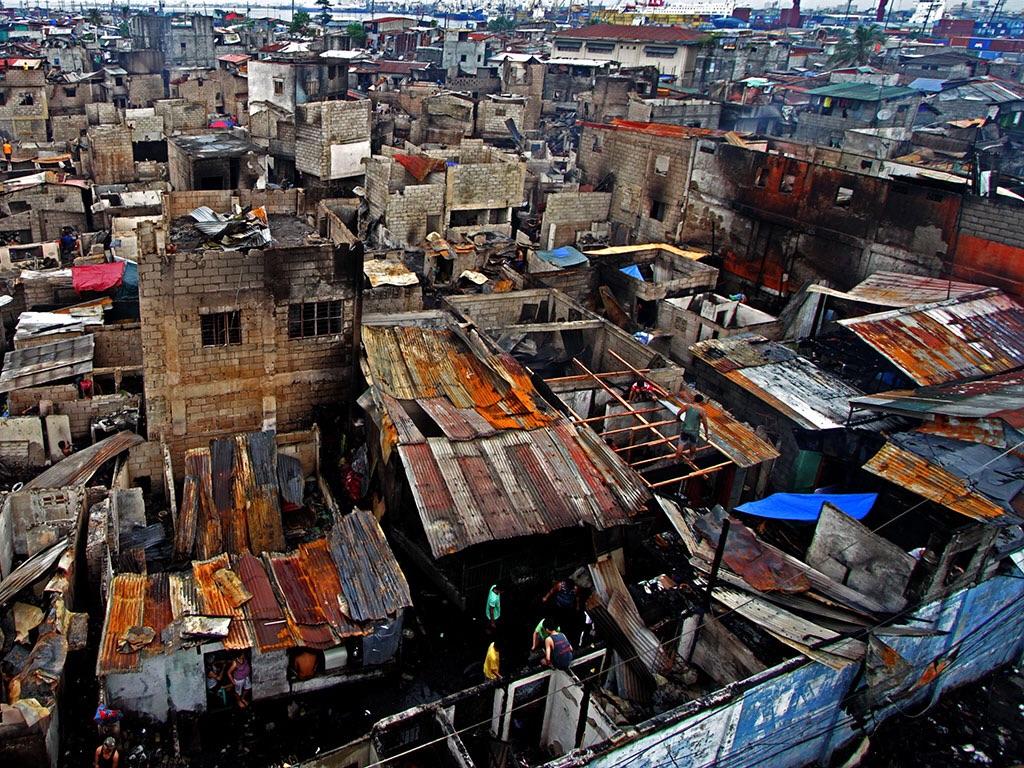 Will Sabah want to join the Philippines if this is our stereotype?

Sabahans will refuse to think of downgrading themselves by leaving Malaysia and going for the Philippines, while we continue to be seen as an economic basketcase with all the wrong systems in place.

The only realistic way that we can even dream about getting them on board with us is to first fix our systems so that their concerns are allayed, and at the same time transform ourselves into a First World Country richer and more successful than Malaysia, and only then will Sabahans even consider becoming part of the Philippines.

Ultimately, it’s really up to them. It’s all about Self-Determination, after all. We must respect that.

But until we get our act together, they’ll never see us as an option.

So again, here are the two paths we can take:

A) Drop the Sabah Claim

B) Continue the Sabah Claim

It is sincerely hoped that Filipinos can finally pay heed to the fact that unless the Philippines gets its act together and succeeds economically as a result of replacing our terribly flawed and defective 1987 Constitution with a new one that is open to foreign direct investors and uses a Federal-Parliamentary System (all currently found in Malaysia), we might just be able to attract the Sabahans to consider joining the Philippines as an autonomous region or state. Who knows? We might just even get the Sarawakians to join in as well. There is, after all, some creeping resentment from among the people of Sabah and Sarawak, causing some of them to advocate independence from Malaysia.

But that depends on our ability to become a successful first world country with a first world economy, and attract them to come knocking on our door asking us to let them in.

Now you see why Constitutional Reform is so important. 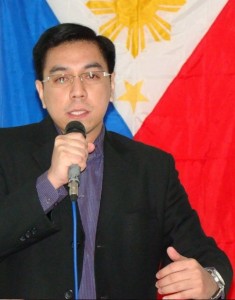 Orion first achieved fame as one of the most remembered and most impressive among the winners of the popular RPN-9 Quiz Show “Battle of the Brains”, and got a piece he wrote – “The Parable of the Mountain Bike” – featured in Bob Ong’s first bestselling compilation of essays “Bakit Baligtad Magbasa ng Libro ang mga Pilipino?” He is also a semi-professional Stand-up Comedian who won first place in the 2014 Magners Singapore International Comedy Festival Best New Act Competition and is the January 2016 Comedy Central Comedian of the Month. He is the principal co-founder of the CoRRECT™ Movement to spearhead the campaign to inform the Filipino Public about the urgent need for Constitutional Reform & Rectification for Economic Competitiveness & Transformation.