The Parable of the Mountain Bike 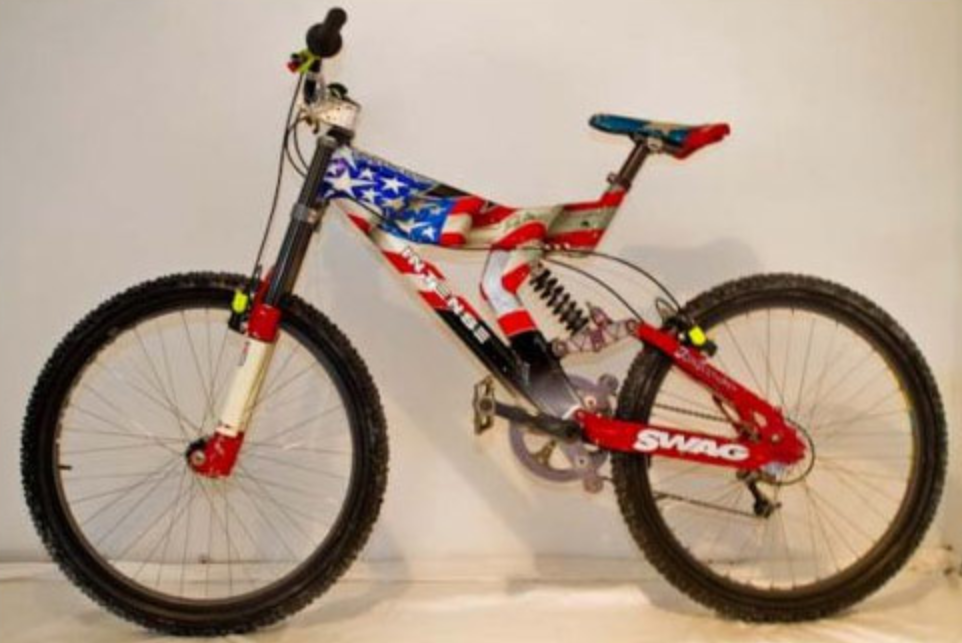 Once upon a time, there was an American Peace Corps volunteer named Sam. Sam was a nice, good-natured 29 year old White Anglo-Saxon American guy who stood tall at 6 ft 7′ and enjoyed playing basketball. Sam also loved riding around in his Mountain Bike, which he christened “The American Way.” In one of his assignments, Sam was made to go to a remote village in the the Philippines, and he was made to stay with one family which had a 6 year old boy named Felipe. Sam never left behind his mountain bike “The American Way”, and he thus brought it along with him. See, “The American Way” was a specially-crafted and customized bike, built specifically for Sam’s huge build and height. It was built with all his preferences into account, so that Sam was practically the only person who could maximize its comfort and features.

Sam was indeed a nice guy. He blended in well with the Filipino family, he learned Tagalog, and he taught them English. He helped out in the chores, and he and Felipe developed a strong friendship. Felipe always referred to Sam as “Uncle”, since his parents taught him to refer to older people as “Tito.” Of course, in English, Felipe used “Uncle…”

To Felipe’s eyes, Sam, was the ideal person. Felipe often told his Tatay and Nanay, “when I grow up, I want to be just like Uncle Sam.”

Sam taught Felipe lots of things. He taught Felipe how to play basketball, and caused Felipe to become so enamored with the sport, despite the fact that excelling in basketball usually favored tall people, not short ones. He also showed Felipe all his mountain bike stunts, and made Felipe want to learn more about riding a bike. Everytime Sam rode the bike, he told Felipe how nice it was to have a mountain bike, and how free one was to go wherever he wanted. Time went by, and Felipe really wanted to try riding the bike named “The American Way.” Well, since Sam needed it in his job, he always brought it along with him. Felipe never got the chance to try it out. Sam somehow sensed it… Sam knew he needed to do something…

After two years of staying with Felipe’s family, Sam was now due to return to the USA. On the day Sam was about to be fetched to be brought to the airport, Sam said that he was leaving behind his mountain bike, “The American Way” as a gift to Felipe. Felipe was overjoyed… Sam hugged Felipe and they both tearfully said their goodbyes.

Felipe was sad to see his “Uncle Sam” go. But yet, he was also happy that he now had this GIFT of the “American Way” for him to ride and enjoy.

8 year old Felipe tried out the huge mountain bike… He could hardly reach the pedals, nor could his hands reach the handlebars… He constantly fell and scratched his knees. “Hmmmm, maybe tomorrow, I’ll try again”, he thought…

Next door neighbors were getting concerned about the short 8 year old Felipe’s attempts to ride the huge mountain bike that was custom-built for a 6 ft 7 White adult. They told him, “Felipe, we think you need to use a smaller bicycle with trainers first…” Stubbornly, Felipe did not heed their advice. He continued on attempting to use “The American Way” mountain bike, and responded to them that “This was a gift my Uncle Sam gave me! I’m going to use it whether you like it or not!”

In the meantime, some neighbors’ children were able to buy cheap second hand, smaller bicycles fitted with trainers, and thus the neighbors’ little kids learned to bike. They had trainers (the pair of little tires at the back used for beginners) and later on, the trainers would be slightly raised, until they learned balance. Felipe took no notice of these little kids who were his peers… After all, the little bicycles they used were all cheap, lousy, locally-made bicycles, while his, “The American Way”, was a special, top-of-the-line, imported, “made in the USA” Mountain Bike which originally cost more than the whole rural village’s entire monthly income combined. (2,500 USD for a rather “specially made” mountain bike… Certainly so much more than the rural village’s monthly income combined…)

Day in, day out, little Felipe continued to fall off the huge mountain bike. It was unfortunately unadjustable due to the fact that it was specifically tailor-made for Sam’s huge build. The farthest that Felipe could go was just a few meters before losing control and then falling on the side… Years passed, and Felipe still continued in the same “move a few meters, wobble, then fall” cycle.

He never learned to bike properly. Even in adolescence, he was never tall enough to properly reach the pedals and sit on the mountain bike comfortably and go anywhere with it. He’d always continue to move a few meters, lose control, fall on the side, and get scratched and bruised.

Young Felipe never learned to bike properly, yet his next door neighbors, the ones who used cheaper, second hand, small bikes with trainers, had all been able to upgrade their bikes as the years went by… As it happened, the little kids who started off with trainer-bikes learned to bike properly, took off the trainers, and they then used their biking skills later on to make money… Some used their biking skills to deliver mail, newspapers, and the like… Those who delivered mail and others, made enough money which they saved to upgrade their bikes…

Young Felipe now saw what was happening… Here he was, the “kid with the most expensive mountain bike in town”, yet he never learned to bike properly, while the other kids with the smaller cheapo-bikes were able to learn properly and later on upgrade…

“The American Way”, the great mountain bike that Felipe’s “Uncle Sam” gave to him as a gift had let him down… It was far too big… It was far too heavy… He couldn’t sit on it properly, as its proportions were made for a 6 foot 7 grown Caucasian, while Felipe was a very short young boy…

His parents, his neighbors, his friends, all told him that using the gargantuan mountain bike that was too big for him wasn’t going to work. Many years passed with the same sad results…

But poor young Felipe, now at 15 years old, still defiantly retorted back to them, “My Uncle Sam gave me this wonderful mountain bike which was christened ‘The American Way…’ I will continue to use it whether you like it or not…” 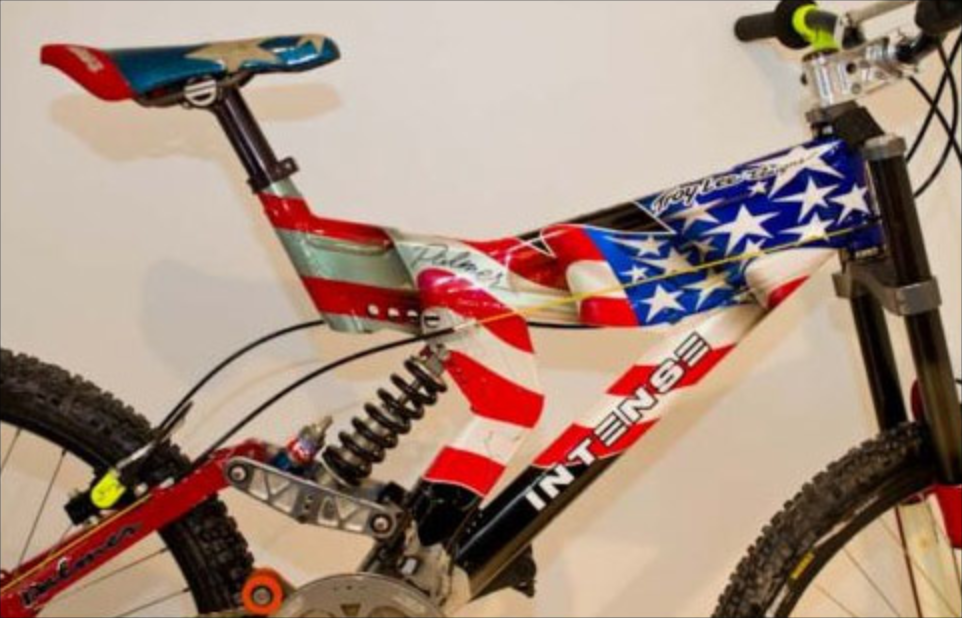 This parable was first “published” on June 14, 2001 in the original Get Real Philippines website of Benign0 back when the site was still a freely-hosted Geocities site in the early stages of the author’s close friendship and collaboration with Benign0. Sadly, some disagreements a decade later caused the two to part ways (The author proposed Constitutional Reform as a means of fixing the Philippines since he still has hope that the Philippines can be fixed, while Benign0 felt content to criticize the Philippines from a distance and took pains not to propose solutions to fix it since the latter unfortunately tends to think that the “Philippines is hopeless.”)

The Parable of the Mountain Bike caught the attention of the celebrated blogger-turned-author “Bob Ong” who then contacted the author sometime after its publication and asked permission to feature it in his first book which bears the name “Bakit Baligtad Magbasa ng Libro ang mga Pilipino?” The Parable gained a certain popularity among students and was used a lot for school reports by many Filipino kids.

Orion Pérez Dumdum comes from an IT background and analyzes the Philippine situation the way he analyzes IT systems: logically and objectively.

Orion first achieved fame as one of the most remembered and most impressive  among the winners of the popular RPN-9 Quiz Show “Battle of the Brains”, and got a piece he wrote – “The Parable of the Mountain Bike” – featured in Bob Ong’s first bestselling compilation of essays “Bakit Baligtad Magbasa ng Libro ang mga Pilipino?” He is the principal co-founder of the CoRRECT™ Movement and spearheads the campaign to inform the Filipino Public about the urgent need for Constitutional Reform & Rectification for Economic Competitiveness & Transformation.

Extra reading on the US Federal Government Shutdown:

1. The Shutdown is the Constitution’s Fault by Dylan Matthews (Washington Post)

4. Why a Government Shutdown Couldn’t Happen in Canada by Bert Archer (Random House of Canada)

5. How Australia dealt with the One Gov’t Shutdown they experienced by Max Fisher (Washington Post)

6. Why Other Countries Don’t Have Shutdowns by Joshua Keating (Slate)

7. Why Other Countries Don’t Shut Down their Governments by Peter Weber (The  Week)

1. Chicken or the Egg: Culture Change or System Change?

2. Why Charter Change is CoRRECT™

4. Senator Pangilinan and the Parliamentary System

5. The Parliamentary System Fits the Philippines

7. Eight Points in Enlightening the Élite