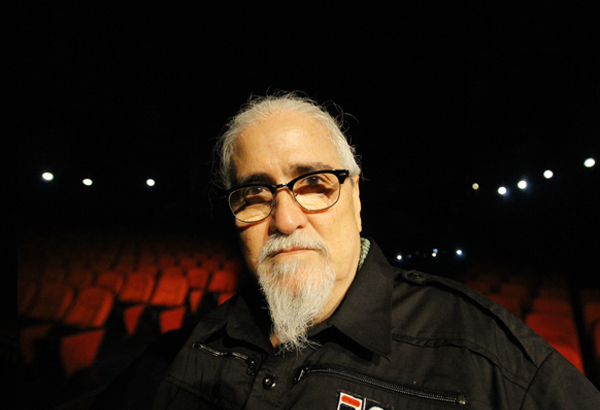 Not since Marcos have we as a people been so polarized. As far as our hearts and minds are concerned it’s like we’re in the edge of a civil war. We are forced to take a hard look at ourselves and what we value.

Because of this, we are fighting friends in coffee houses, on the telephone, and on Facebook. We are a people whose lives have been upended. We don’t know what to do to get things done right and right away. We lash out. We insult our leaders trying to get them to do a lot more than to pose for photo ops – of giving out relief goods on a one-by-one basis. We cry desperately for demonstrable government response – we get almost next to nothing. It is increasingly apparent that local media goes hand in hand with self-servicing Malacañang press releases which are more concerned with their showbiz image than confronting, accepting and dealing with the problem.

What our leaders tell us is contradicted by the reports from international commentators who are understandably more objective and growing less dispassionate as they witness the horrors around them. What our leaders tell us is also contradicted by the victims in these areas who are slowly able to give us the true picture of the realities of the situation. And the reality is that people are starving. The dead still lie on the streets even five days after the event. There are anguished souls scavenging for whatever they can to survive, as well as professional looters ambushing the helpless and relief caravans. It’s a war zone out there.

This disaster has affected, not only the islands in the path of Yolanda, but all of us as a nation. We have all been judged and found wanting. But more worrisome, is that we take a long hard look at our leaders and we judge and we find them wanting. It is worrisome because we have chosen them and are paying them to serve the needs of our nation and it seems that they can’t deliver. I don’t think that anybody, even the most criminal politician, can be that hard-hearted and close his eyes to this calamity so I can only surmise that they don’t know what to do. That they are impotent and incompetent. I am 70 years old and I don’t know what to do, but then again, I didn’t run for office promising the voters that I would take care of national concerns.

I am a private citizen and like most of my fellow citizens, have given of what I have to the relief effort. I have given to the point of hurting. I am 70 years old and have been stupid a lot of times for seven decades. I want to think that I can be a little less stupid now. This time, I want to make sure that my hard-earned money will reach its intended goal. I am sick and tired of throwing away my money; of making our politicians wealthy because of my unconcern and my inattention. I am sick and tired of my stupidity.

So I very much care now where all this help is going. I read Marvin Xanth Geronimo who was there when Yolanda struck: that TV personalities and politicians like Mar Roxas and Ted Failon going to Tacloban for the photo op. They never helped; endless tracking video shots of flattened towns with people walking clutching a plastic bottle of water with no government presence whatsoever; Korina Sanchez calling Anderson Cooper “misinformed”. Cooper was in Tacloban. Korina was not; the US landing 5 planes full of goods and not allowing any politicians to touch any of it. How much more do we need for us to realize that the enemy was not Yolanda? Yolanda was just a force of nature. The enemy is our leaders. And the leader of our leaders is the President.

So what now? There’s nothing I can actually do. I can only rage, rage against the dying of common decency. I can only rage against this man who claimed in a Christiane Amanpour interview that he couldn’t get to the disaster areas because the weather after the storm left didn’t permit him to fly. This is 24 hours after the sun was shining all over the Philippines by then. I can only rage against a man who made light of the tragedy, refusing to identify it as a major disaster; who made light of a victim of looting who was shot at by telling him, “But you did not die, right?” I rage against a man who continually blames the LGU’s on the ground for their incompetence and their inefficiency because it is beginning to dawn on me that these Visayan LGU’s happen to be Romualdez people and this man is playing politics with people’s lives.

This is a crime. What this man does is unconscionable. I can only state it here. I can do nothing about it for now. I will wait for whatever movement develops after this fiasco and I will join it. But for now, what I can do is to declare that I am deeply offended by the people who try to stop me and others from stating the obvious. All those people who charge us for criticizing, for being negative, for Aquino bashing – I am done with these people. In a very Yellow Army way, they try to hide behind an illogical argument that we cannot help if we criticize. I don’t know how good these friends are at multi-tasking, but one does not cancel out the other. We can help and we can criticize. And at this point I am convinced that we do help when we criticize; if at one point we can, as Hamlet says, “catch the conscience of the king.” But I know that this is futile. This man is no king. He is not even a real representative. What can you expect from someone who never worked an honest day in his life. What could he possibly relate to?

So my friends who accuse me of Aquino bashing: I want you to know that I’m done with your line of thinking. Either you defend this man or you defend the people that this man is ignoring. Don’t believe that the people are his “boss”. This was a piece of advertising sound byte created by showbiz experts to get the unthinking masses out there to swallow this uniquely unqualified man. This man who is totally unprepared for the most difficult job in the country. So my friends, as far as I’m concerned, you choose him or you choose the people. But if you instruct me again to stop bashing this man I am unfriending you. I will unfriend you in Facebook, on Twitter, on Instagram, and out in our leaderless streets.

Webmaster’s note: If we had a Parliamentary System instead of a flawed and name recall-centric Presidential System, we would not have to deal with an incompetent fool like Noynoy Aquino who does not know how to lead and always bungles rescue operations. Worse, this substandard “president” named Noynoy Aquino keeps blaming other people and lying on TV. We would have had a better quality leader and in case a lousy leader does emerge, in a parliamentary system, it is easy to instantaneously remove and replace a defective leader. Learn about the Parliamentary System here. You may also learn more about the full Constitutional Reform agenda here.

After this disaster is done, we will need a Better System!