A Good Constitution Must Reduce the Impact of a Bad Leader 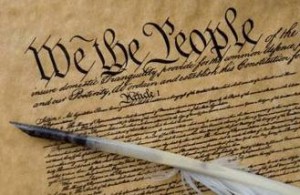 The independence of the Judiciary must be explicitly specified in the proposed constitution. This is to protect against actions by a bad leader.

Recent history has given us a clear lesson as to why this is crucial. On April 15, 2005, President Lucio Gutierrez of Ecuador declared a state of emergency and fired the Supreme Court. What helped the country was quick action by the Congress of Ecuador. They elected a new leader and fired Gutierrez. What followed was a long struggle for political power. It was not clear whose actions were constitutional.

The Constitution should not assume that the leader(s) are always going to be honorable people. Once in a while there will be bad leaders, and the Constitution should be written to guard against this. It should be very clear what the Prime Minister can do. His powers should be clearly enumerated, and whatever is left unmentioned or un-enumerated cannot be simply usurped by any leader.

The Supreme Court must be protected from being influenced in any way by the Prime Minister, his ministers, and anyone in parliament.

Now I realize that no matter what’s written in the constitution of a country, that a constitution is only  piece of paper. At the end of the day, only the people themselves can guard against despotism. Vigilance is necessary. A good constitution should at least allow the people to eschew bullets in favor of debates and the ballot.