What if we were Parliamentary back in 2009? 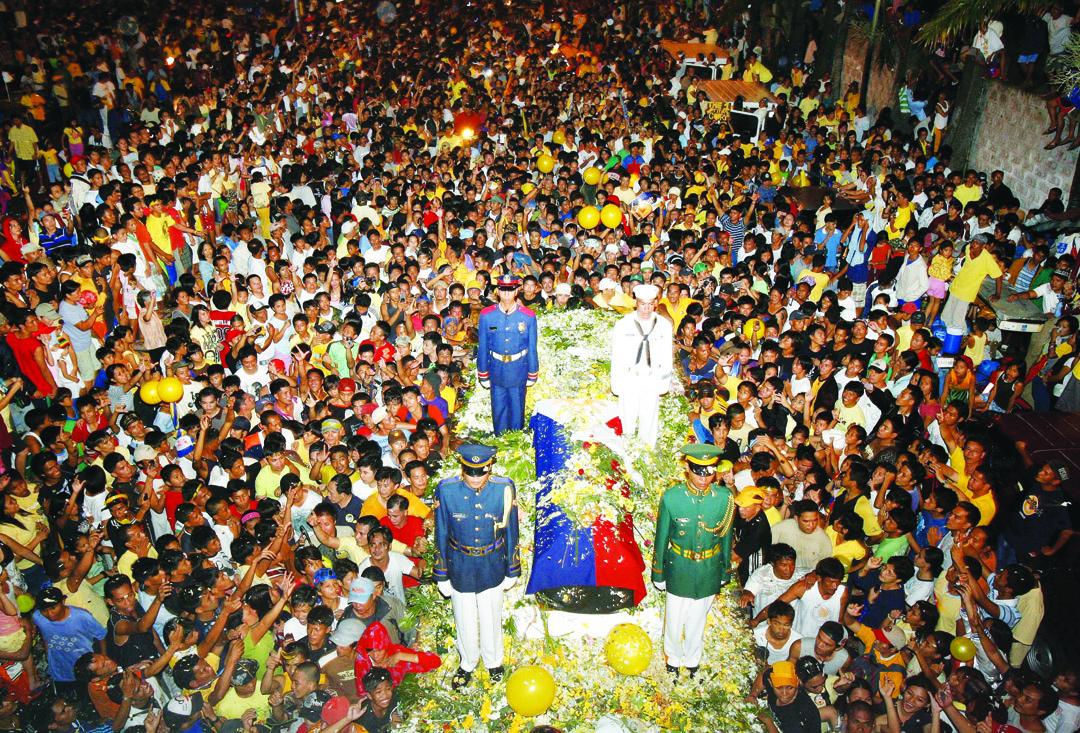 Yes, a parliamentary system is a hard sell to many Filipinos, because it does not allow direct election of the head of government (the prime minister or PM).

But I think there is a space for the Filipinos’ insistence of a directly elected chief executive in a future parliamentary system by allowing direct elections for a ceremonial president, who would simply become the head of state (in the current system, the president is both head of state and government). This way, even if the Filipino obsession with personalities was not suppressed immediately, it would instead be diverted into another purpose, and thus, far from being a liability for its caprice, would become a positive contribution to political stability.

To understand the merits of this suggestion, look at this hypothetical reimagining of the 2010 elections, which takes place in a unicameral parliamentary Philippines:

It is 2009, GMA is the PM and will lead her party, Lakas, in elections next year. The LP under Mar Roxas will contest the elections, hoping to beat Lakas, which is unpopular, and form the next government. Presidential elections are also scheduled next year for the next ceremonial leader of the country. (Note: parliamentary republics often separate their presidential elections from the parliamentary ones, so the former would not distract voters from the latter. This scenario is simply for the purpose of argument.)

Cory Aquino dies, a much respected icon of democracy and freedom. A strong movement formed by multiple sectors begins to convince Noynoy Aquino to run for president. Aquino, being a member of LP, has to sever his ties from the party to qualify for the presidency, as presidents are expected to be impartial and transcend politics. The LP unofficially and quietly supports their former party member.

Noynoy wins the 2010 presidency, while Mar Roxas who remains the leader of the LP wins the elections for his party, and later forms the government as the PM. GMA resigns the Lakas leadership.

A closer analysis of this hypothetical scenario reveals that it’s basically a win-win situation for everyone:

1. Filipinos would be able to express their People Power nostalgia and personality worship by voting for Noynoy in a non-political position.

2. Noynoy, being above politics and not really expected to govern the country, would never have the chance to be incompetent and divisive. More importantly, the Aquino reputation that he embodied would not be tainted and thus not become a cause for division and alienation among Filipinos. This also means that the majority would not rethink Martial Law.

3. Mar Roxas would remain the leader of the LP and have the chance to lead the Philippines as PM. He would not need to sacrifice his political ambitions for the sake of nostalgia, because that sentiment was channeled in the presidential elections instead.

4. Everything ceteris paribus, that would mean less chance of things such as the HK Tourist Bus hostage tragedy happening.

5. GMA, an unpopular leader, would be peacefully removed from power. Since the same happened in actual history anyway, the importance of this point is appreciated in the years before the election, when there would have been hardly any calls for a revolution or an impeachment (impossible), because she could have easily been removed either through a no confidence motion in parliament or a coup by her own party.

From our assessment of how things may have turned out, who knows, maybe under a Parliamentary System, former President Gloria Macapagal-Arroyo might not have been as villified and demonized the same way she was had she been a Prime Minister, because ultimately, in a Parliamentary System, most of the focus would have been on her Government’s policies, programs, and her party’s platforms, not on her person.

If we are to actually look at it objectively, many of the legislators who joined the Liberal Party to cause it to have its majority were actually originally members of GMA’s Lakas-CMD-Kampi party/coalition bloc. Under a Parliamentary System, they wouldn’t have jumped over to the LP and it may very well have meant that GMA might have actually remained on as Prime Minister and wouldn’t have been unfairly villified. Mar might have become the Leader of the Opposition, and had Noynoy won as ceremonial figurehead president as a result of Tita Cory’s death in 2009, Noynoy wouldn’t have been able to wrongly influence or block all kinds of other reforms that we so desperately need to put in place. There wouldn’t have also been a PDAF or such a scandal in the first place.

Things would have really turned out differently.