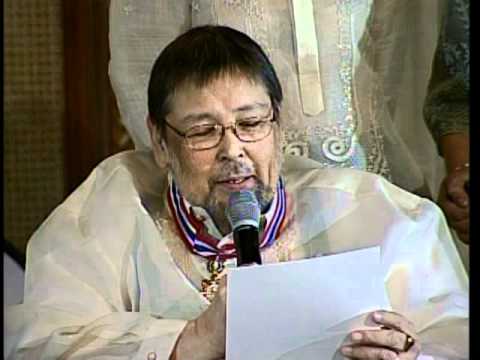 Almost nineteen months ago, Orion wrote an article on How to CoRRECT™ Asia’s Basketcase of Wasted Democrazy. The article essentially mentioned that the term “Charter change” is dead. In its place is the message of “Constitutional Reform”, which is meant as an Enabling Step to allow the Philippines to transform from a Third-World country to a Developed country.

Apparently, a columnist from the Philippine Star that goes by the name of Billy Esposo sees constitutional reform in a negative light. In his January 23, 2011 opinion piece, he reasoned that “Charter Change” is the “Wrong Solution to the Wrong Problem”. After a few weeks, his arguments were soundly defeated in an article dedicated to him. Even his own proposal to change the country’s name was mentioned. Ironically, it needed Constitutional Reform. I bet that he didn’t see that coming.

Now that Esposo and other anti-Constitutional Reform personalities in the media are afraid of the increasing numbers of people who support Constitutional Reform, they’ve written numerous articles attacking the advocacy and sometimes, the people behind it. One of them is the latest article from the self-titled Chair Wrecker, “Singapore’s Lee and Malaysia’s Mahathir would reject Cha-cha.”

At first, Esposo harped that Mahatir Mohamad delivered a supposedly anti-Globalization speech when he was in Manila almost two months ago.

“When Globalization was in vogue and many world leaders were mesmerized by its heralded benefits – Mahathir delivered an anti-Globalization speech here. Mahathir suspected that the developed countries concocted Globalization in order to exploit the underdeveloped countries. It’s like a rape that’s being peddled as a lover’s tryst. It must also be stated that Mahathir has always been wary of Western exploitation. Like us, the Malaysians were also colonized and exploited.”

Unfortunately, he did not realize that Globalization played a key part in Malaysia’s growth. According to what Mahatir Mohamad mentioned in the same speech,

“We had only recently gained independence and feared foreigners coming back to control us. But we had no choice. At a time when newly independent countries were nationalising foreign-owned industries and businesses we decided to invite foreigners, including the former colonial masters to come back and invest in industries in Malaysia.

That was at a time when FDI or Foreign Direct Investment was quite unknown. But we had to attract FDI. To do so we decided to be friendly towards foreign investors. This was not about social friendliness. This was about changes in our nationalistic policies and doing this through laws which gave special treatment and tax incentives to foreign investors.

The administration and the leaders of the country had to be accessible to these investors, be willing to listen to them and to make changes in the laws and policies to meet their needs. Bureaucratic procedures had to be minimized and procedures speeded up.” (Source)

(It is also worth noting that Mathathir’s industrial economic policy was very much based on attracting FDI and MNC’s as shown in this excerpt from the book  “Malaysian Foreign Policy in the Mahathir Era, 1981-2003”)

Despite the initial anxiety, the gamble paid off: A lot of Malaysians found job opportunities and some of them became high-ranking executives, while most others learned a lot of useful skills that they otherwise wouldn’t have learned had they remained unemployed. Tax revenues increased, allowing the Malaysian government to provide basic services and build better infrastructure, which in turn brought in more investments – from local residents and foreigners. The end result was a vibrant Malaysian economy. How was this possible?

Answer: Foreign Direct Investments, which is a form of Globalization.

Esposo then mentioned that both Lee Kuan Yew and Mahatir agreed that Filipinos suffer from too much democracy. Then, he started putting Lee and Mahatir’s words in a context that allows him to take aim and fire at the advocates of Constitutional reform. Finally, he said that “our problem is our culture, and not our Constitution” and suggested that we change our culture instead of changing or even rectifying the current constitution.

Unfortunately, this was another poorly-researched article, written as a futile battle cry for those who are adamant in opposing the changes that are needed to transform the country and change its seeming unchangeable culture.

After I read Esposo’s latest drivel, I realized that his article raises more questions.

Why is the current system so flawed? (Hint: Form of government enshrined in the present Charter)

What is driving many of our kababayans out of the country to earn a better living for their relatives? (Hint: Hampered by lack of opportunities, which are pushed back by certain limits the present statute)

What are the things to be done in order to rectify it? (Hint: Some of the things that we are advocating for are part of the steps in rectifying our damaged culture)

Why are they adamant in keeping the same flawed culture that we are forced to endure? (Hint: Hidden agenda)

How can you change the culture when you have a flawed system that thrives in and encourages a damaged culture?

Finally, how would Lee and Mahatir reject Constitutional Reform when the current constitutions and forms of government in Malaysia and Singapore aren’t that flawed compared to the Philippines? (Hint: They have it, we don’t)

And may I know which form of government does your beloved Scotland have? (Hint: It’s the same form of government that allows ineffective leaders to be removed from power without resorting to “hakot” mobs or armed groups in most countries that have it)

Ian Lopez is a student of Sociology at the University of the Philippines – Los Baños campus.

He is a blogger and a staunch advocate of Constitutional Reform & Rectification for Economic Competitiveness & Transformation.