Open Letter to Noynoy from a Tacloban Survivor 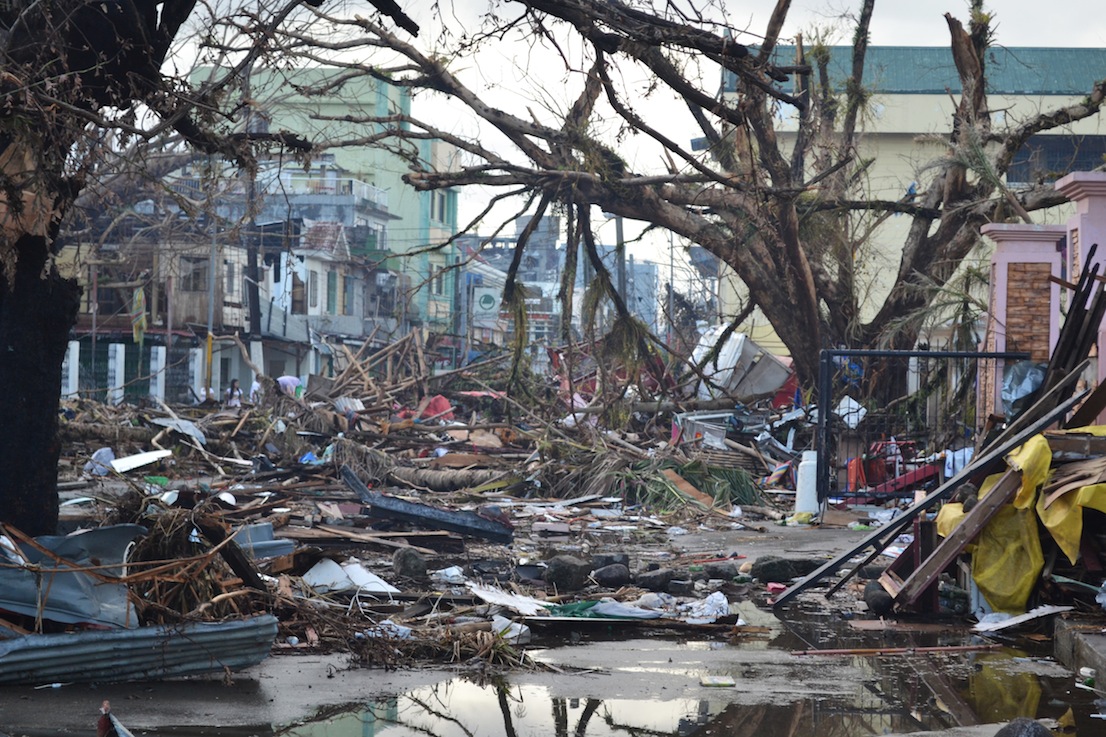 (We found this open letter floating around in Facebook and have decided to publish it here. We have done some minimal editing such as emphasis through bold letters or italics or have placed in correct punctuation or capitalization wherever it was lacking. Note that this was a candidly-written open-letter, not a formal document. The author is said to be a certain “Biboy Alimangohan” originally from San Jose, Tacloban City.)

OPEN LETTER FROM A SURVIVOR : After being stuck in a dead zone with no communications and internet the past 48 hours, ngayon ko lang nababalitaan ang latest antics ng ating kagalang-galang na pangulo. So take this as one Taclobanon’s OPEN LETTER to His Excellency, Benigno Aquino, President of the Republic of the Philippines.

ANG IKINAGAGALIT NG MGA TAO NGAYON ETO LANG: AT A TIME WHEN PEOPLE ARE DESPERATE FOR A LEADER THAT WILL SEND THEM A MESSAGE TO PICK UP THEIR BROKEN SPIRITS; AT A TIME WHEN PEOPLE NEEDED ASSURANCES THAT YOU HAVE THEIR BACKS; THE ONLY THING YOU GAVE THEM, WAS A BIG “FUCK YOU TACLOBAN, THIS IS YOUR FAULT, DON’T BLAME ME.” (Forgive my very liberal paraphrasing)

I’m not an expert on Philippine history, but isn’t that what your parents did? I’m sorry Mr. President, but you failed us. You failed the people of Bohol, Cebu, Leyte, Samar, Biliran, Masbate and all the other provinces that had to face the last few disasters. On a final note, that “casualty count” you so callously keep referring to? That’s not just a number to us. That “casualty count” are family, friends, and neighbors that we will never see again. People we loved and cared about that we will never be able to laugh with or share a drink with. Don’t get me wrong, I do not for a moment presume that you don’t know the pain of loss. I’m sure you do. But, you see, that’s precisely my point. I’m sure you understand, that any human being going through the deepest and darkest grief doesn’t care much that it’s this or that person’s fault. What we need from you right now, Mr. President, is an outstretched hand, not a big middle finger.

Kung Parliamentary sana ang Pinas, we wouldn’t have to deal with such blatant incompetence from many of the officials in the national government. We wouldn’t need to endure such pettiness from a lousy “student council” government.

Please try to learn more about the Parliamentary System. It is because of our lousy Presidential System that the Philippines continually ends up in such a mess with incompetent leaders and clueless functionaries spoiling everything up, leading to the deaths of many innocent people. Remember the Bus Hostage Massacre of August 23, 2010? ThisTyphoon Disaster fiasco of the National Government is the exact same thing: The National Government refused to get involved early on when doing so clearly would have saved lives.

If we had a parliamentary system, the quality of leadership would be much better, and in case the leader fouls up, then the leader can be easily replaced.

(Read this article to learn about Thailand’s issues: The Royal Meddler)

Bottomline: The Philippines needs to overhaul its system — economic, administrative, and political. The Presidential System of the Philippines sucks and this is the reason we have lousy leadership. Learn about the Parliamentary Systemand find out how Constitutional Reform can make our country better so that we won’t have to deal with the kind of mess that Noynoy’s incompetent leadership has caused upon the Philippines.