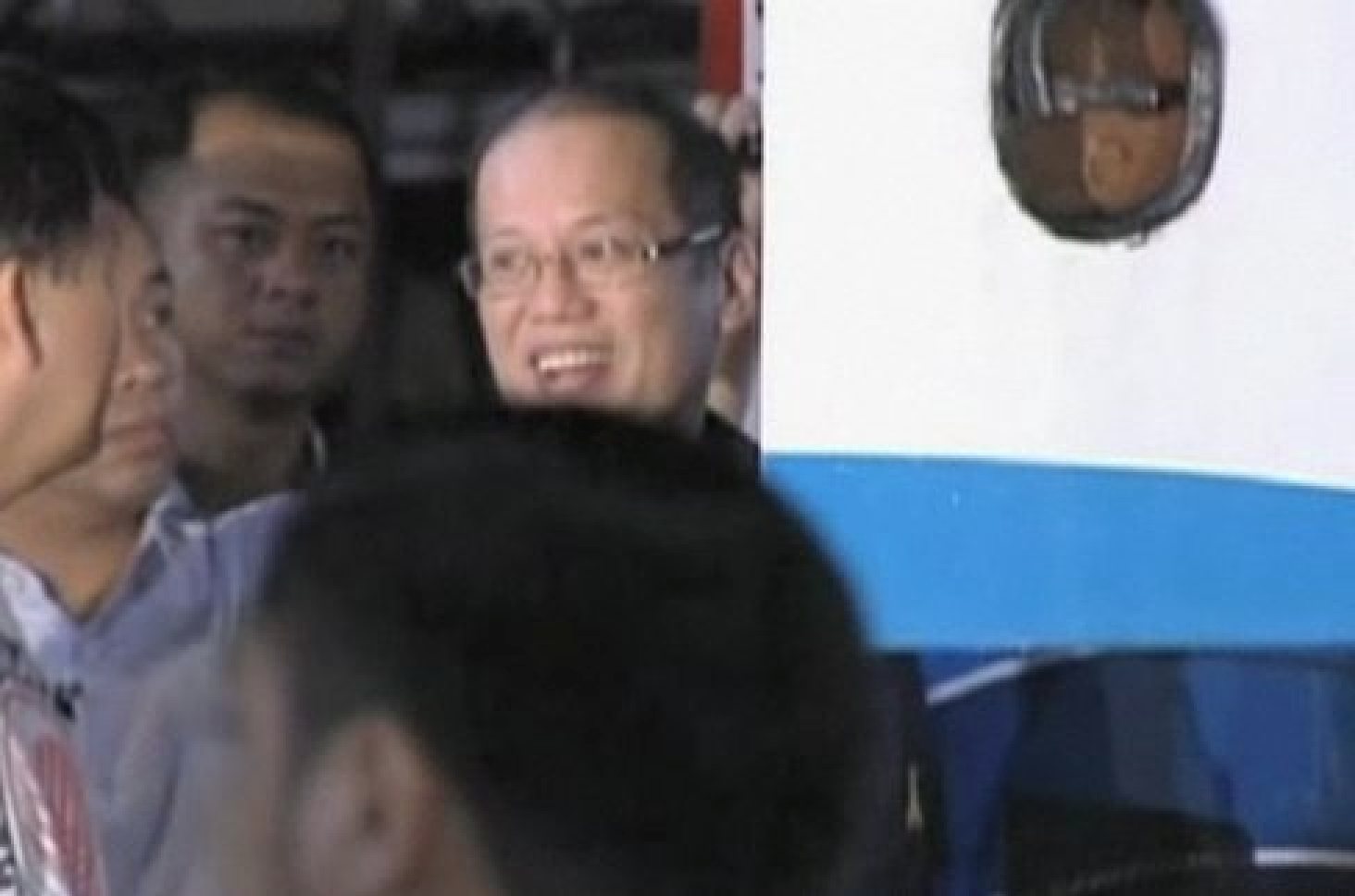 An infamous picture of Noynoy Aquino smiling while speaking with his people while inspecting the site of the ill-fated Bus where hostages were massacred: Proof of lack of Empathy

(This was originally the FB Status Update of a very concerned Westerner whose wife and their children are Filipino. He believes his wife and kids deserve a better society with a better set of leaders.)

Since President Aquino has been in power, he appears to be someone lacking in tact and understanding of how people see him. He certainly seems out of touch. Looking at how little empathy Mr. Aquino seems to have for the people below him, including the citizenry, and how many blunders he seems to make on the public stage, it is perhaps fitting to look at how researchers view people suffering from Empathy Deficit Disorder, which he most certainly would appear to be suffering from.

Think of two people who work in your organization: one a level or two below you, and the other a level above. Now imagine getting an email from each of them. Ask yourself how long it would take you to answer those emails. Chances are, the one from above you respond to right away. And the one from below you are likely to answer when you can get around to it.

That difference in response times has been used to map the hierarchy in an organization. And it reflects a more general principle: we pay more attention to those who hold more power than we do… and notice less those who hold less power.

The relationship between power and focus shows up in interactions as simple as two strangers meeting for the first time. In just five minutes of conversation, the person of higher social status generally gives fewer indicators of attention, like eye contact and nods than does the one who holds less social power. This attention gap has even surfaced among college students from wealthier and poorer families. This is particularly evident in the class conscious society of the Philippines, which not only differentiates between classes, but between regions, clans and skin color.

When attention flows along power lines, empathy also takes a hit. When strangers told each other about tragedies or other painful moments in their lives, there was more empathy expressed by the less powerful person. Another measure of empathy, the accuracy with which we can tell a person’s feelings from clues like facial expression, also turns out to differ, with lower status people more skilled than those of higher positions. President Aquino seems particularly lacking in these skills, smiling and grinning at very inappropriate moments.

This fact poses a real problem for Mr. Aquino and the Filipino people, after all, the most effective leaders are outstanding at abilities that build on empathy, like persuasion and influence, motivating and listening, teamwork and collaboration. Aquino seems completely lacking in these skills, not a good sign for a leader that must lead, motivate and encourage people through calamities, both natural and man made, inspiring confidence in those below him who are looking for a leader who understands their problems and concerns, and finding none. Not only that, there seems to be a complete lack of empathy, or understanding, of the plight of the people he is supposed to serve.

There are three kinds of empathy. First, cognitive, where you sense how the other person thinks about the world, which means you can put what you have to say in terms they will understand. Second, emotional, where you instantly resonate with how the person feels. And third, empathic concern, where you express the ways you care about the person by helping with what you sense they need. It is hard to imagine how Mr. Aquino could understand any of this, born into a wealthy, land owning family, protected and mollycoddled by relatives, bodyguards and minders and surrounded by celebrities and the trappings and influence of politics and power his entire life.

The signs of a leadership empathy deficit in any or all of these varieties can best be detected by how a leader’s actions impact those he or she leads. Some of the common signs:

It seems painfully obvious that Aquino is insulated and isolated from the realities of his citizens and those he is supposed to serve and represent. Leaders at higher levels are perhaps most in danger of coming down with Empathy Deficit Disorder, for a simple reason: as you rise to the Presidency fewer and fewer people are candid with you, willing to give you frank feedback on how you seem to others. This seems particularly true of Aquino, who seems blissfully unaware that the Filipino populace have simply had enough of the Pork barrel Fiasco, the wholesale theft of Public Money’s by Lawmakers, the PDAF, DAP and other unconstitutional initiatives. They have had enough of the “Blame Everything on GMA” excuses, the “Economy is booming” press releases from the Palace while more and more Filipinos are out of work. The claim that the “Government’s initial response was reassuring” to the victims of Yolanda, who were still waiting for someone to collect the rotting corpses of the dead, a week after the Typhoon passed. 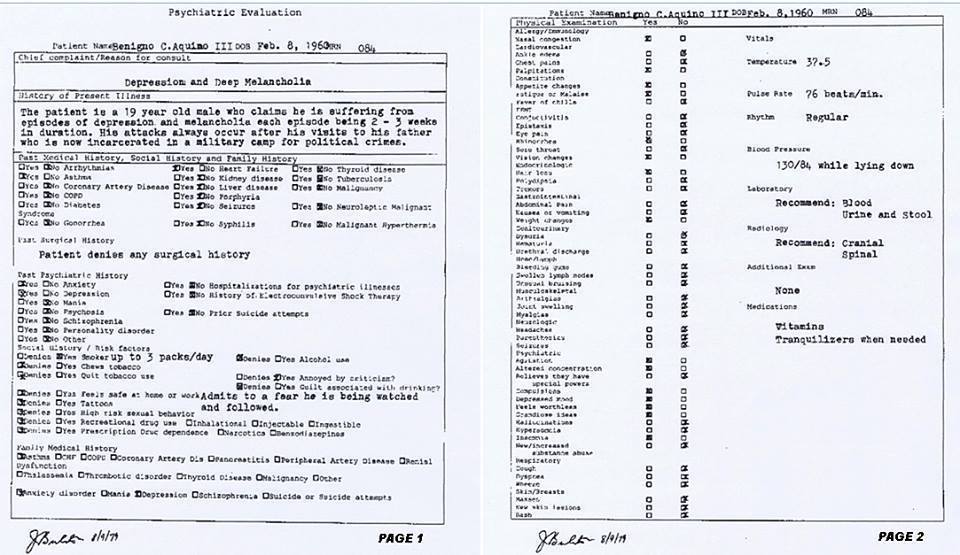 Webmaster’s Note: If the Philippines had a Parliamentary System, then it would have been much much easier to avoid ending up with a leader without empathy who came to power largely on the basis of name-recall. Moving forward, Noynoy Aquino needs to realize that if he is serious about mounting a real rehabilitation and post-disaster reconstruction effort that could help bring back economic livelihoods for all the people who lost their jobs and businesses in the typhoon, he will really have to decide to bring in more foreign direct investors in order for jobs to be created en mass and in the shortest amount of time. The unemployment rate just got worse thanks to the typhoon. It’s time to get our act together and get more investors in. 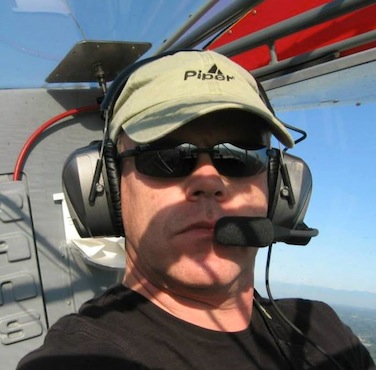 Trevor L. Evans is the CEO of Black Hawk Inc, a Training and Simulation Solutions provider servicing the Aviation Industry throughout SE Asia. He has provided Consultancy Services for Business and Government in the Gulf Region and is formerly the Marketing & Communications Vice President for several Multi Million dollar Property Developers based in Dubai, as well as serving as the Director of Operations for the Dubai World Trade Center, the largest Exhibitions & Events Complex in the Middle East. Trevor also served as a State Police Officer and Specialist Services Officer in the Australian Army and has worked extensively in Australasia, North America, the Middle East and Europe.

Trevor currently lives in the Philippines with his Filipina wife and their Filipino children. (That’s why he cares about the Philippines: His wife and kids are Filipinos!) 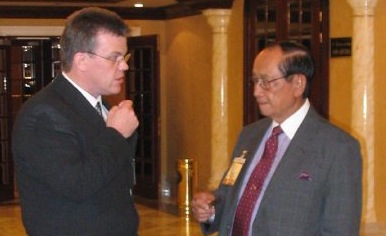 Trevor speaking with former President Fidel V. Ramos in Dubai during some IMF/World Bank meetings in 2003