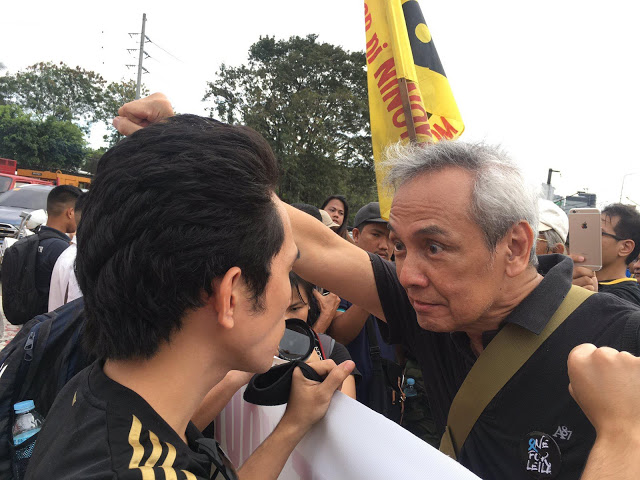 Make sure you click on the play button of the podcast interview below in order to listen to Jim Paredes talk about his frustrations about EDSA 1986 20 years after the event back in 2006.

Here’s Jim Paredes himself saying that he actually agreed with not just strong-arm tactics, but even summary executions:

1) “Now when I look back, I think we should have knocked off a few people…”

2) “I think we as a people needed a whip that went with it, and Cory was not it… I think she was too self-conscious about not being a Marcos or being “Marcosian”, she didn’t want to appear like she was a dictator so she was too soft, I think. But I think we should have knocked off a few people…”

A question was “What should have Cory done?” Here are some of his answers:

1) “Look at that Honasan Episode, if we had dealt with that decisively, Oakwood would not have happened and none of those other things would have happened.”

2) “It was a government that was formed by the mandate of the people clearly and people would have been willing to die for it. But the government was not willing to risk. The Government did not behave the way it was mandated to behave, and that was the failure of it.”

3) “The people gave them the signal to do what was needed, but they were not bold enough to take the initiative. Masyadong nagpapogi, masyadong nagpa-pressure, masyadong, ah… It was too accommodating.”

4) “If Cory had said, ‘point out all the crooks’, people would have done it. And even if you say it wasn’t the rule of Law and all of that, if people knew where it was, she could have written a waive that would have sent a strong signal against corruption, or cronyism. She could have.”

6) “Dati ang hinahabol natin was Democracy at all costs, because we felt that Democracy was going to deliver. Now that Democracy that we have experienced did not deliver. I don’t the people care very much what the form is. I think people are getting very impatient and very pragmatic, and they’re saying – to paraphrase something that a leader in China said – ‘it doesn’t matter what color the cat is as long as it catches mice.”

7) “You could put a leader — a strong leader there — who sort of bends rules a little bit. I think you could take that as long as maganda ang takbo.”

When asked “So do you see such a strong leader coming out now and would you be willing to give that leader a chance?

“Yes, I would be willing to give that leader a chance…”

Listen to the entire podcast and you’ll see that back in 2006, Jim Paredes was actually willing to support a strong president like Duterte. But something wrong happened along the way. Jim Paredes lost his way. The Yellows got to him. The anti-Constitutional Reform Yellows got to him… He spoke out against Oakwood but now he is aligned with that idiot Trillanes.

Here’s the one and only thing that we Philippines ought to do: Spread the word about Constitutional Reform. 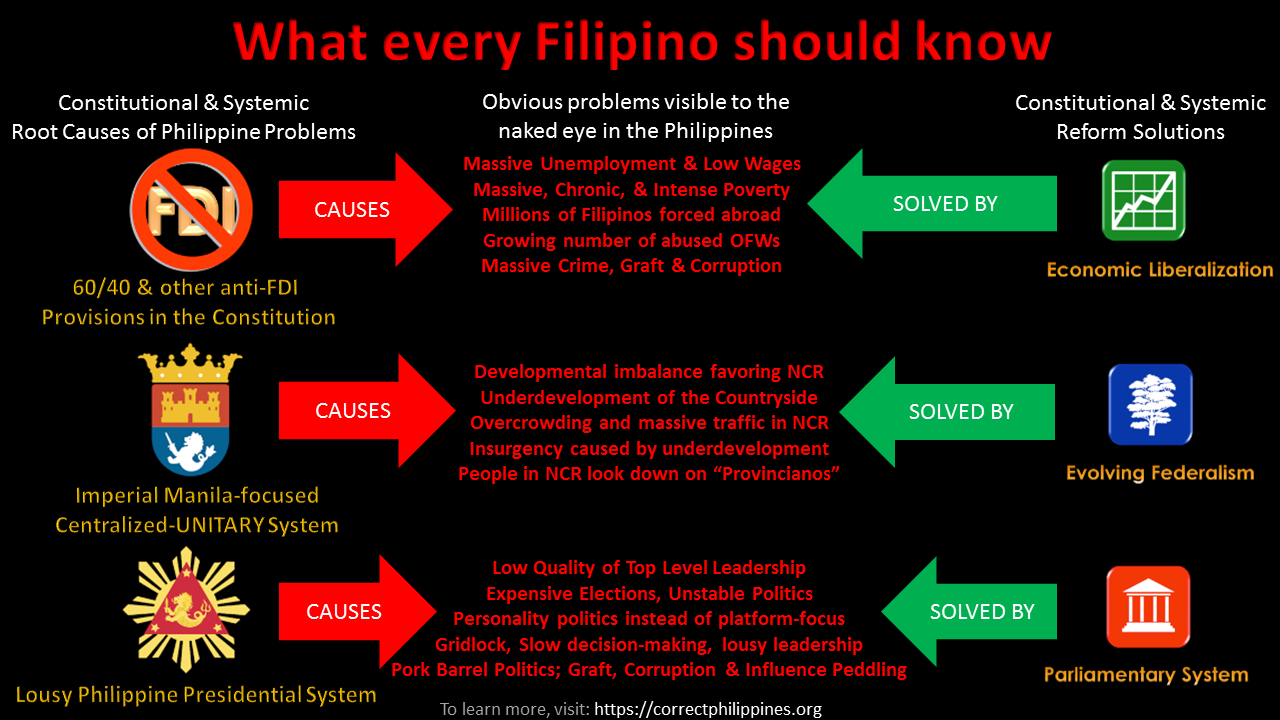 Starting now, all Constitutional Reform advocates must now set their sights to educating as many ordinary Filipinos as possible, sharing as many links and articles about the need for all three points of the Three Point Agenda to as many people as possible. The issue is no longer about the President. It is about having the people agree that Constitutional Reform is absolutely important. This is also about convincing all of the politicians, regardless of their position whether they be in the executive branch or the legislative branch about the need for these reforms.

We cannot stop. This is just the beginning. Now is the time to start educating and enlightening everyone so that we can truly usher in a new and improved Philippines. 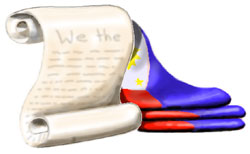 The 1987 Constitution of the Philippines is Flawed…

These flaws unfortunately contribute to all the major problems we continue to encounter in our daily lives as Filipinos. Massive Poverty, Massive Unemployment, Corruption, Rampant Criminality, Separatist Insurgency, Communist Trouble-making, Political Instability, Overcrowding in Metro Manila, Massive Traffic Jams, Pollution, the “drug mule” problem, dislocation from families among OFW’s, the Pork Barrel Scam, you name it — all these are symptoms of the systemic root problems caused by the flaws of the 1987 Constitution.

The CoRRECT™ Movement pushes for these main Three Constitutional Reforms:

If we are looking to increase the employment situation in the Philippines, then we must attract as many investors as possible by removing the restrictive provisions in the 1987 Constitution, so that MNC’s can invest & create employment.

If we can amend the Constitution to allow for the Philippines to evolve towards Federalism, through gradual region-based decentralization, the regions & provinces of the Philippines can develop economically & the Capital can be decongested.

If we shift from our faulty and unstable Presidentialism over to Parliamentarism, we will gradually see a change in our politics as campaigns will focus more on parties and their platforms and less on name-recall & the personal popularity of candidates.